Science podcasts are all the rage

Science podcasts are all the rage,
here’s why

99 million…It is the number of podcasts downloaded and streamed during the month of June 2020 just in France. Enough to make your head spin! According to a Médiamétrie study from September, one web user in ten listens to an original podcast every month, meaning a program which isn’t a replay from a radio broadcast. Needless to say, podcasts are booming. To understand the reasons for their success, we interviewed three podcasters in the field of science. Invented 20 years ago, podcasts are a series of spoken audio files, available on-demand on the internet or in streaming applications. They can be listened to on a computer, or via a smartphone or a digital music player. They were popularized by Apple Inc. and, in fact, their name is the contraction of « iPod », the media player of the brand, and « broadcast ». Today, many people take the leap and start their own series, especially in the field of science. We interviewed a few researchers, institutions or enthusiasts to understand their motivations and what benefits they draw from them. Here are 5 good reasons to start a science podcast.

An alternative to video

Due to their current success, podcasts are an excellent alternative to video. This is precisely what led Yannick Tanguy, a science communication project manager for the Ipsen Foundation, to choose this media: « At first, we wanted to produce videos, it was really our initial project. But we realized that YouTube was already saturated in terms of scientific communication. It seemed very difficult for us to acquire visibility. In these conditions, creating a podcast became the obvious choice. »

Unlike a video, a podcast does not require all the attention of its audience: one can listen to it while doing something else. It is also a media adapted to every place and any lifestyle. You can listen to it at home, in transportation, during gym…« Researchers don’t have a lot of time, we thought we had to offer a media which they could access at any time during the day », explains Renaud Pourpre, co-creator of the Lonely Pipette podcast along with the scientist Jonathan Weitzman.

Podcasts are not just an alternative, they can also complement videos. For Storm Front Freaks, an American program dedicated to meteorology enthusiasts, and especially storms, each episode is available in podcast as well as video. This double format gains « greater visibility » according to Phil Johnson, one of the hosts.

A media with a great deal of freedom

A science podcast also offers a great deal of freedom in the choice of topics which can be covered and how to address them: documentaries, interviews, stories, fiction, roundtable…« Podcasts give back their former glory to independent radio, as it was known before: a media for sharing, exchanging. If listeners find our episodes too long, they just press pause and they can continue the next day. I am very happy to contribute to this high-quality media », says Yannick Tanguy. For the Ipsen Foundation, he launched no less than 3 science popularization programs with his colleague Florian Delval.

But make no mistake. Despite this great freedom, a lot of work goes into designing, recording, editing, broadcasting and promoting a show. Renaud Pourpre, himself a volunteer in this adventure, points out that a podcast requires time, energy and perseverance. «Many podcasts are created and many die out very quickly. »

To choose his subjects, Yannick Tanguy tells us that he often relies on the scientific news. For example, the Covid-19 outbreak or the Black Lives Matter movement were at the center of several episodes. However, some programs are a personal choice: « I always wanted to do an episode on endometriosis, because it is an underestimated disease. » On the other hand, The Lonely Pipette podcast deals with the problems and daily life of researchers, rather than research subjects themselves: how to organize your day, to manage a team, to handle your stress. It highlights how researchers meet the challenges they have to face. As for Storm Front Freaks, each episode deals with storms, as well as the tools and resources used by those who study them. The originality of each episode lies in the informal and easygoing discussions which take place with experts.

In fact, the choice of guests depends on the show’s objectives. Storm Front Freaks interviews famous people from the field of meteorology or working in an interesting weather industry sector. The Ipsen Foundation looks for well-spoken experts in line with the theme of the episode. In the Lonely Pipette podcasts, guests are inspiring researchers from the scientific world.

Once the podcast is available online, it must reach its audience. The hosts from Lonely Pipette chose to use Twitter. « We wanted to create a community. To publicize our podcasts, we came to the conclusion that social media would be the best communication tool. We focused on Twitter because its scientific community is very pleasant and open to discussion. » Renaud Pourpre feels that the feedback from the audience on the different episodes is very important to keep building the project and improving it.

To make themselves known, the hosts of Storm Front Freaks decided to contact storm chasers. Hence, they attended several weather or storm chasing conventions to improve their visibility. Nevertheless, social networks are a prerequisite. « It’s like throwing a rock in water. Ripples form around the rock and then spread. We started on the social networks of the Foundation. I then posted messages on my personal Facebook account, which were shared by my close relations…» explains Yannick Tanguy. Some of his podcasts were also rebroadcast by local radio stations to complete their programs.

By building their groups, podcasts provide visibility to their hosts or the subjects addressed in the series. Yannick Tanguy thus considers that his shows enable the Ipsen Foundation to gather a new audience, « young, curious people eager to discover ». Audiences can for that matter include people from all around the world. Podcasts are available everywhere; their broadcast knows no borders. The creators of Lonely Pipette have a science podcast in English and therefore gained a strong reputation in research communities around the world.

You have a podcast project?

A wonderful opportunity for new encounters

And last but not least, podcasts have the benefit of leading to many new encounters. The audio format creates a proximity with the listener, the targeted audience of a show gathers a community of enthusiasts and hosts have the opportunity to expand their network. In addition to his interactions with leading figures from the weather industry, Phil Johnson is happy to have « created something with his brother » and « developed great friendships with the other hosts ». In turn, Yannick Tanguy highlights his « discoveries, fascinating conversations and meetings ». In other words, podcasts are a great human adventure. 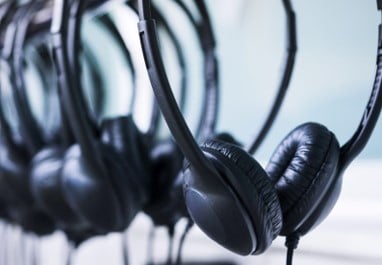 Podcast: communicate your ideas
through audio 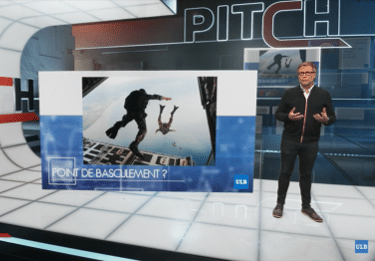 Scientists pitch
their projects for TV 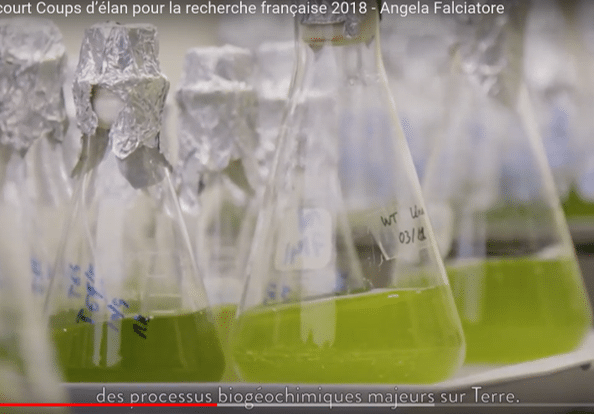